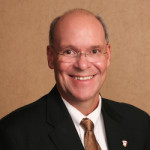 Mark Wiewel has been pedaling across the State of Illinois for years now, and in doing so he has raised thousands of dollars with his annual Bike For Food charity ride. Wiewel announced today that last summer’s bike ride raised 23,053 for ten area food pantries.
Each one of the pantries involved helped to raise money through Mark’s bike ride. Along with that, Wiewel, the President of the Western Catholic Union, also announced that the W.C.U. donated a $500 matching check to those ten pantries. The ten pantries (with monies raised) are:

Mark Wiewel’s trek covered 310 miles in six days in early June on his Easy Rider Recumbent Bicycle. In doing so, he helped in a major way to replenish the many struggling area food pantries. These pantries will still need assistance throughout the year but what Mark did helps ease the extreme pain of lack of funding for these outlets that are desperately needed in our area.
Mark Wiewel is one of the good guys of our area so when you see him again tell him thanks for doing what he did. I’ll do that right now. Thanks Mark and happy pedaling.